Wow!  I am going to be moving now!  I just learned 10 Crucial Steps to Get Your Site Into the Top 1%.  And The Secret Ingredient for Wealth.  AND Five Easy Steps to Find 4,000 People Who Adore You!  AND How to Pick a Coach or Mentor.

This is all fabulously useful info!  What makes it even better?  I didn't have to search all over the internet to find it.  It is all available in one place.  And it is all written by one of the savviest internet marketers I know - Ken McArthur.

I have related the story of how I first met Ken many times, so I am not going to go into it again.  Let's just say you never know who you might meet via email marketing and leave it at that.  But I will say that I have stayed in touch with him - sometimes from afar but never TOO far - over several years.  He is one of the few people whose emails I make time to read and whose website I make sure to visit regularly.

The topics listed above show why.  10 steps to get your site into the top 1%.  What internet entrepreneur wouldn't want that information?  Five easy steps to fine 4,000 people who adore you.  Wouldn't you like to know what they are?  How to pick a coach or mentor.  This information alone would have saved me tons of time and money when I was getting started.

One of my goals this year was to help promote friends and fellow entrepreneurs.  While Ken is one of the most popular guys on the Internet and really doesn't need my help building a reputation, reading the wealth of information available on his site today reminded me of why I am such a fan.  So just in case some of you have not yet stumbled across him, I decided to share.  The man is a genius.  Not only that, he is a genuinely NICE guy.  (Really!  He does NOT pay me to say this stuff about him!).

So do yourselves a favor.  Click on over to Ken's website.  Check out the articles listed above.  Or any of the several others posted there.  I promise it will not be a waste of time.

By the way - Ken hosts these wonderful events called jvAlert Live!  I will be attending the one he is hosting in Denver July 26th - 28th.  I invite you to join us.  What better way to spend a weekend than with some of the brightest marketing minds on the planet?  Sign up today at jvAlert Live.com so you don't miss out on the latest updates.  See you there!

Posted by Melodieann Whiteley at 3:17 PM No comments:

31 Days to Build a Better Blog 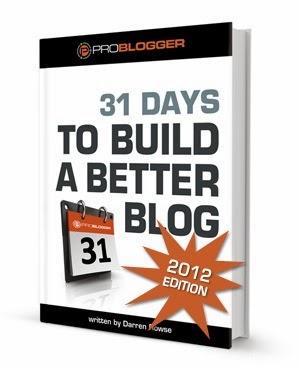 When I started blogging, I had big dreams for my blog. I had read about others who were making money blogging. I knew people who were having an impact on the world through the messages in their blogs. And I just knew I was going to do the same.

Well it didn't work out quite the way I dreamed. It took a long time and lots of trial and error before I started getting regular readers to my blogs. In fact, at first, my numbers were downright embarrassing. I hesitated to even call myself a blogger. If only I had found this resource then. What a difference it might have made.

I have been blogging for several years now. I am actually earning money through my blogs. I have heard from readers that I have made a difference in their lives. But I know there is still room for improvement which is why I took part in ProBlogger's 31 Days to Build a Better Blog.

I love this ebook! First, you know up front exactly how long it will take to see some results. 31 days. Actually, I saw results much faster than that. But 31 days, if you follow the steps, will see a dramatic improvement in your blog.

It works because it is so easy to follow. Each day there is some training. Not only on what to do, but also on how to do it and why it's important. More importantly, he doesn't just leave you on your own at that point. Each lesson also comes with a task for you to complete so you can put what you just learned to immediate use. I had such a feeling of accomplishment as each day I completed my assignment and then little by little started seeing the results - more readers, more income, better blog.

This alone would make the book worthwhile. But Darren doesn't stop there. At the end of each lesson are suggested resources so you can expand on what you have already learned. I found several of these invaluable and would have gladly paid just to get that information. Instead it was included in the book.

Whether you are an experienced blogger or are just starting out, you need this book. I am so amazed at the results I am getting that I have become an affiliate for it. So yes, if you do click on the link and purchase, I will get a commission. Thanks! But even if I didn't make a dime, I would still recommend this resource. So go ahead. You have 31 days. Build a better blog!

Posted by Melodieann Whiteley at 4:39 PM No comments:

Email ThisBlogThis!Share to TwitterShare to FacebookShare to Pinterest
Labels: blogging

Do you know the problem with having a job?

(Besides your boss, that is.)

Let me address that question by asking you another question:  If you were going to do a one-time job, and you had two choices for getting paid, which of the following would you choose?

Obviously, “B” is a MUCH, MUCH better deal.  It’s called “residual income” and it’s much like writing a best-selling book or a hit record and getting paid royalties on it forever.

If you’re like most people, you have a job.  The problem with most jobs is that it’s like option “A.” When YOU stop, the money stops!  You’re trading hours for money, and you can’t build wealth that way.  To build wealth, you need to tap into Residual Income.

Residual Income is of course one of the crown jewels of a good network marketing compensation plan.  As a distributor, you can refer other distributors and earn commissions on their efforts as well as your own.

Some people call Residual Income “Passive Income,” and in a lot of ways it is.  What do I mean by that?  That means that top earners can take weeks off at a time if they choose.  They can go on a month-long vacation.  When they return, their commission checks will be waiting for them in their mailbox.  (Or, with many companies, you can do like I did, and choose to have your checks direct deposited into your bank account.  That way, you won’t be worrying about your check sitting in your mailbox while you’re visiting the Eiffel Tower.)

Indeed, your commission check often will have INCREASED while you were off with your family on a cruise, a trip to Europe, or golfing, boating, or relaxing on the beach!

How can this be, you might ask?  The fact is, if you’re like most people, you’ve been wrongly
conditioned your whole life to think about income as a process of trading time for money, which
is actually an ANTI-wealth program.

I can guarantee you that Bill Gates, Warren Buffet, and Donald Trump don’t make their money
that way!

Another reason why you’ve probably been stuck with the J.O.B. (“Just Over Broke” or, alternatively, “Journey Of the Broke”) mentality is that, frankly, there have been VERY FEW real opportunities for the “little guy” to tap into significant Residual Income.  Network Marketing has changed all that, by providing a way to market goods and services that people use every day – and pay for every month. This makes Residual Income (and many other benefits) available to people from all walks of life.

With network marketing, just a few personal referrals can, over time, turn into hundreds, even thousands of affiliates generating hundreds or thousands of dollars in sales . . . many on which you can earn a percentage.

And, unlike a job, the income doesn’t stop when you stop, because it’s not dependent on you.  Rather, your income can continue indefinitely and can even increase as time goes on because the large, global sales team you started, with your handful of personal referrals, continues to flourish because of many, many others who have a vested interest in its ongoing success.

By the way, Donald Trump was once a guest on the David Letterman Show. You may have seen it. As the interview came to an end, Dave looked at Mr. Trump and asked very seriously,”If you lost everything, and I mean EVERYTHING, what would you do to get it all back?”  Mr. Trump, without hesitation replied, “Network Marketing.”  Immediately there was laughter and snickering from the audience — I guess most of them thought he was joking. Donald Trump turned to face the audience and as politely and graciously as possible, smiled and replied, “That’s why you’re out there, and I’m sitting here.”

Linda Gracy is a career veteran of network marketing. She has helped hundreds of entrepreneurs achieve financial freedom, and is dedicated to helping thousands more reach their dreams.  She loves working from home with her husband and menagerie of rescued cats and dogs. You can learn more about her at www.YourWealthIsYourFreedom.com or www.LindaGracy.com

Posted by Melodieann Whiteley at 1:32 PM No comments:

Welcome to my blog! 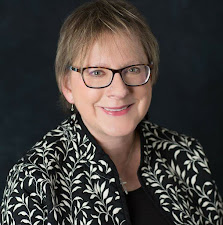 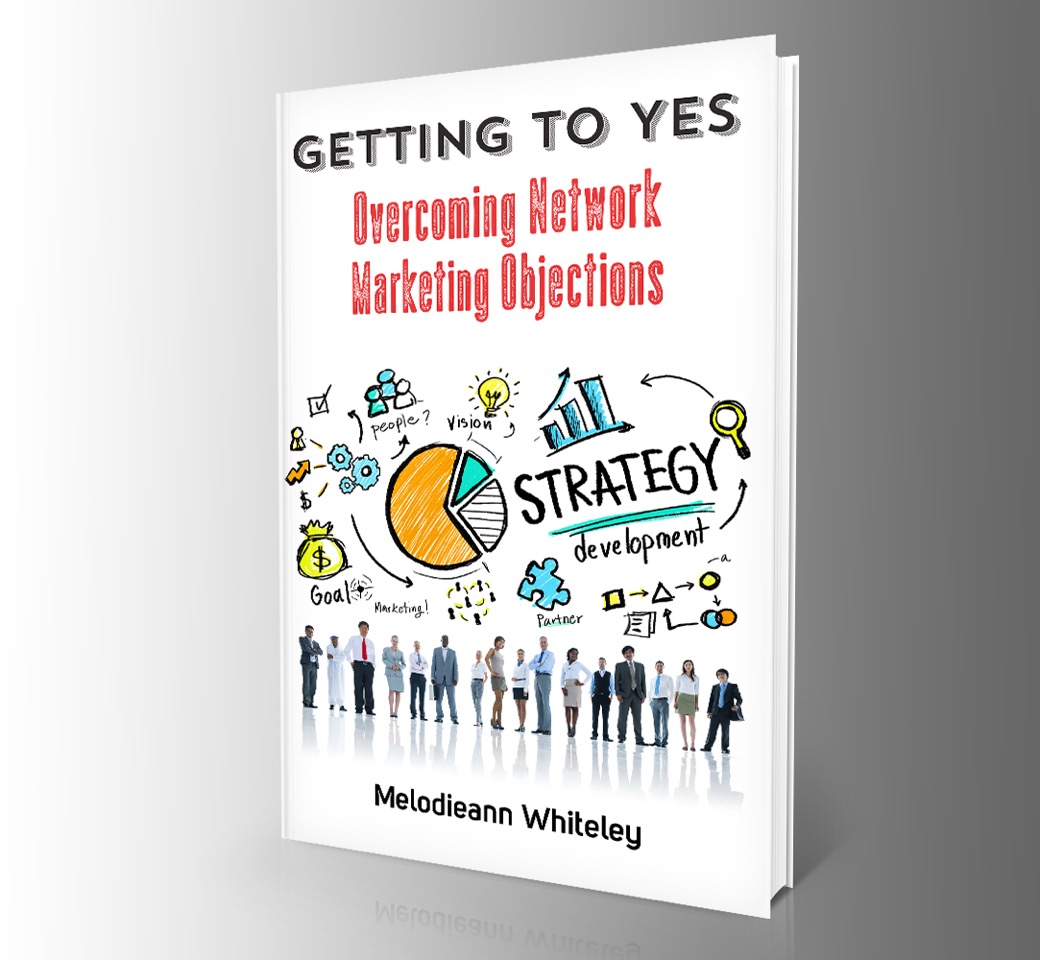 Order your copy of Getting to Yes: Overcoming Network Marketing Objections